The North Central Fire District Board members, in June 2021 took action to increase the level of fire protection service to the County residents by staffing two fire engines at Bullard/West fire station 59, with a minimum of 6 firefighters every day of the year. Each of these fire apparatuses are capable of responding throughout Metro area within four minutes, which is an improvement to the current response times. This improvement to response times will exceed the industry standard of one apparatus with four firefighters arriving to a house fire.

Station 59 was closed in 2007 and is scheduled to reopen July 2022, to provided fire protection in the 5 square miles of Fresno County islands in the Bullard/Fig Garden area. This station located at 1709 W. Bullard Ave., was originally opened as NCFPD Station #7 in the early 1950’s and is currently in the design phase for remodeling.  The call volume in the first-in area is approximately 750 annual. Less than 5 incidents of those 750 require more than 2 fire engines to effectively manage the emergency.  The District maintains 21 on-duty firefighters, staffing 7 fire engines. 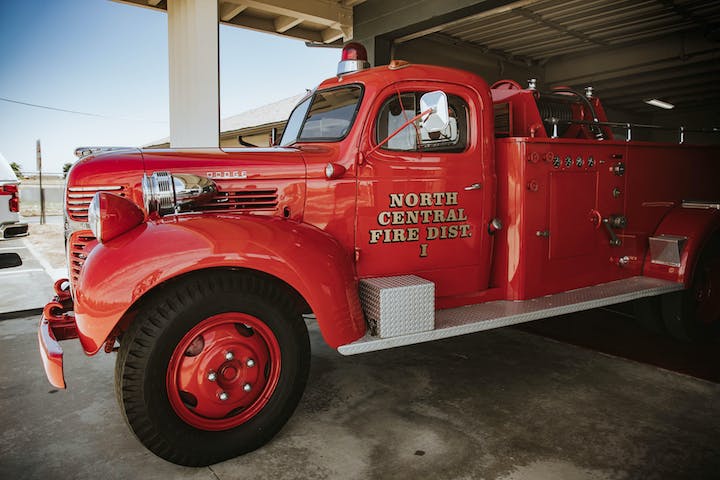 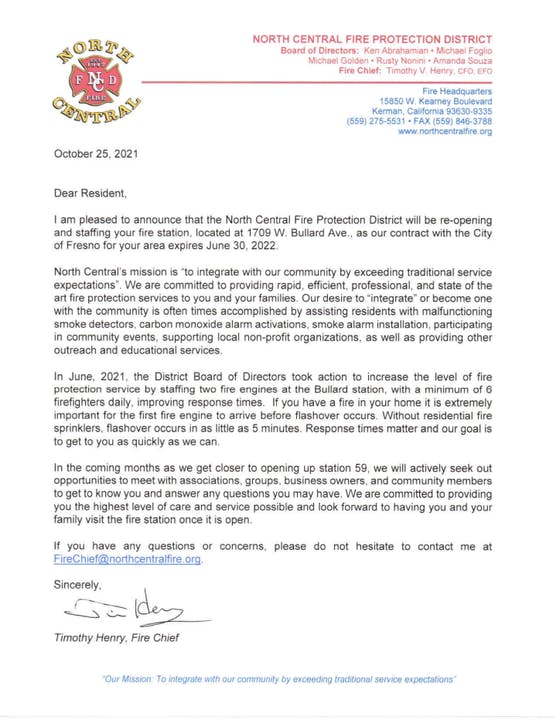 Demolition and construction of fire station 59 began the second week of January 2022.