This firefighter academy started on October 3, 2022 and their training was completed on November 10, 2022. 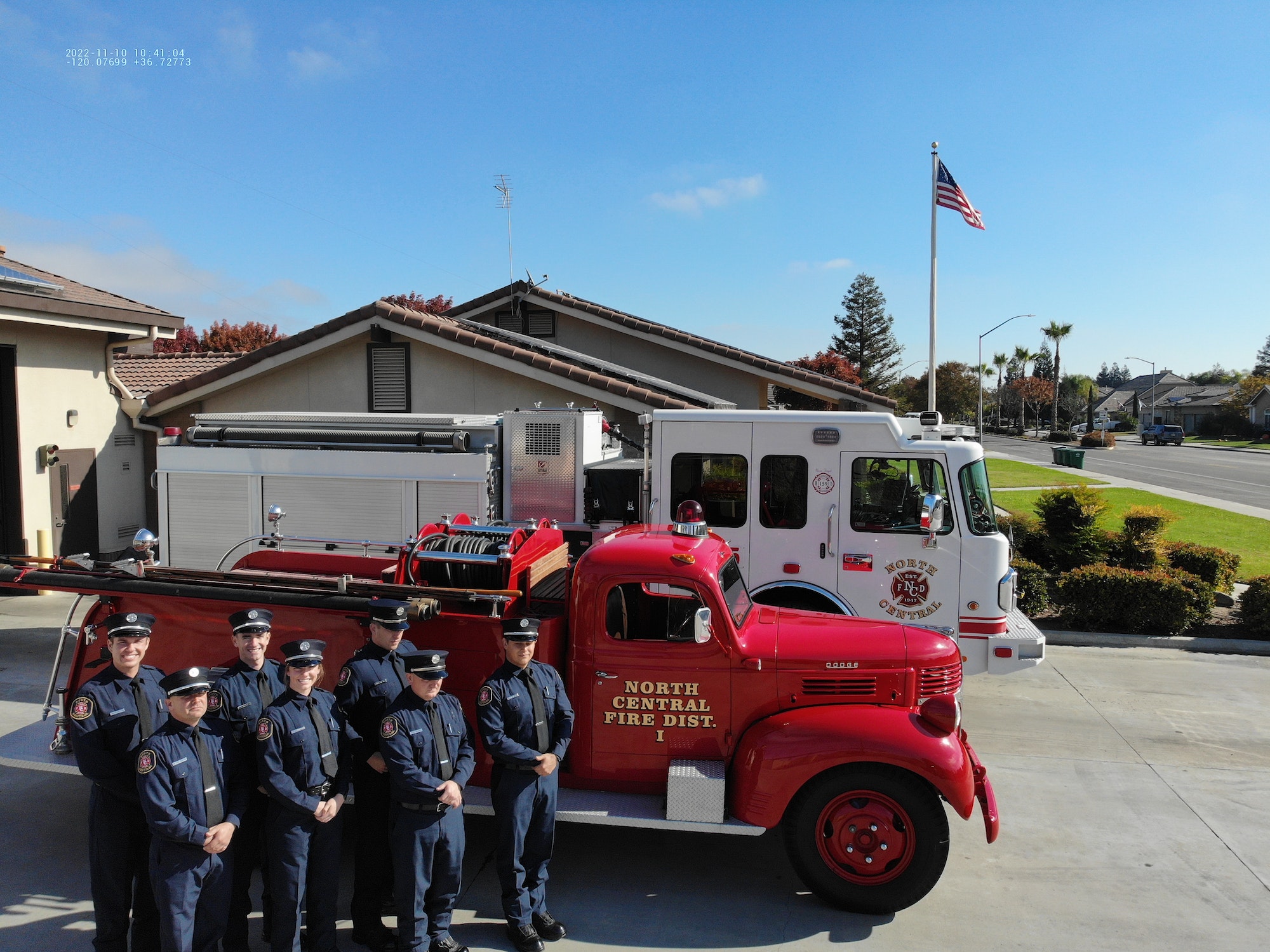 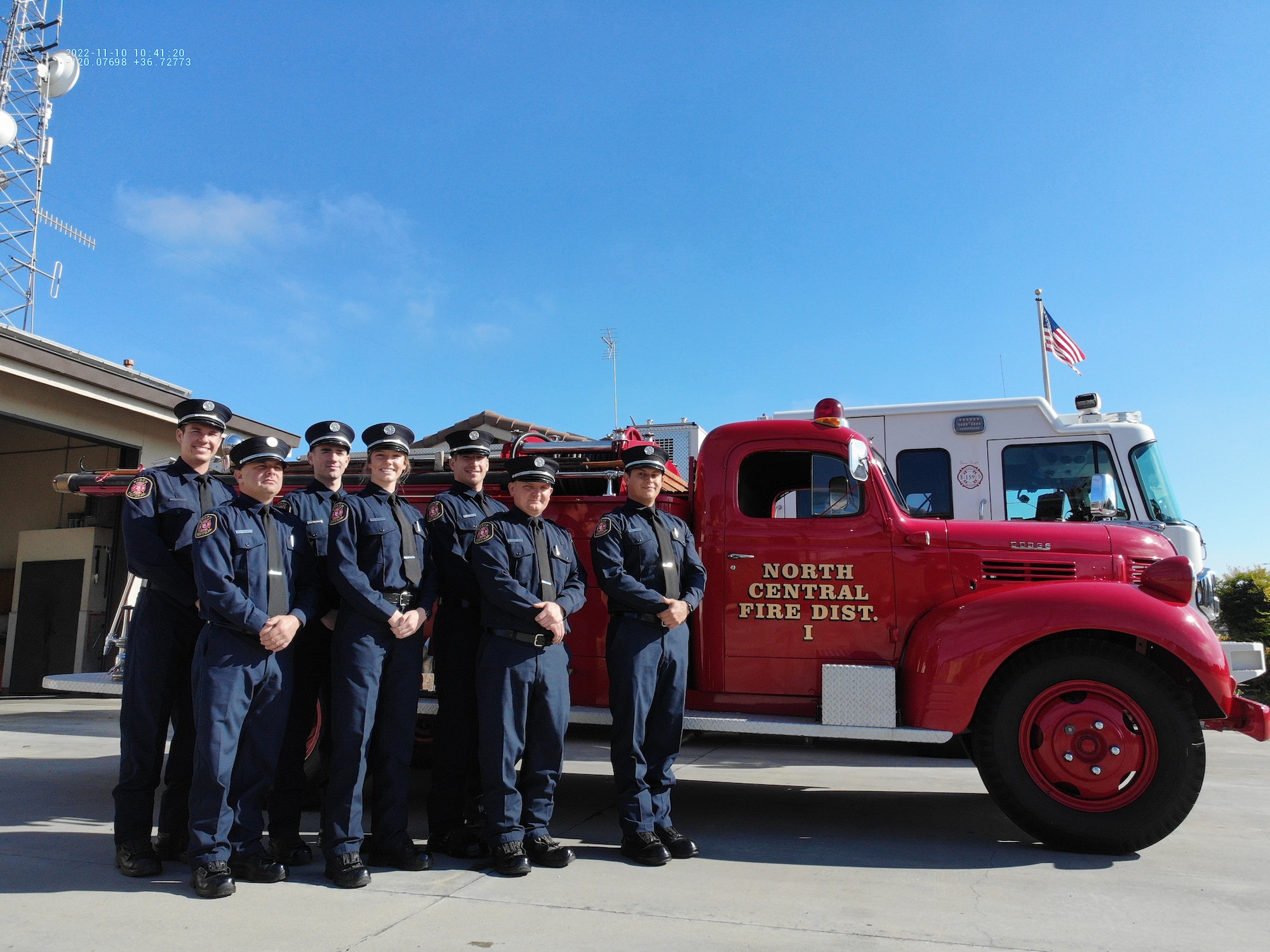 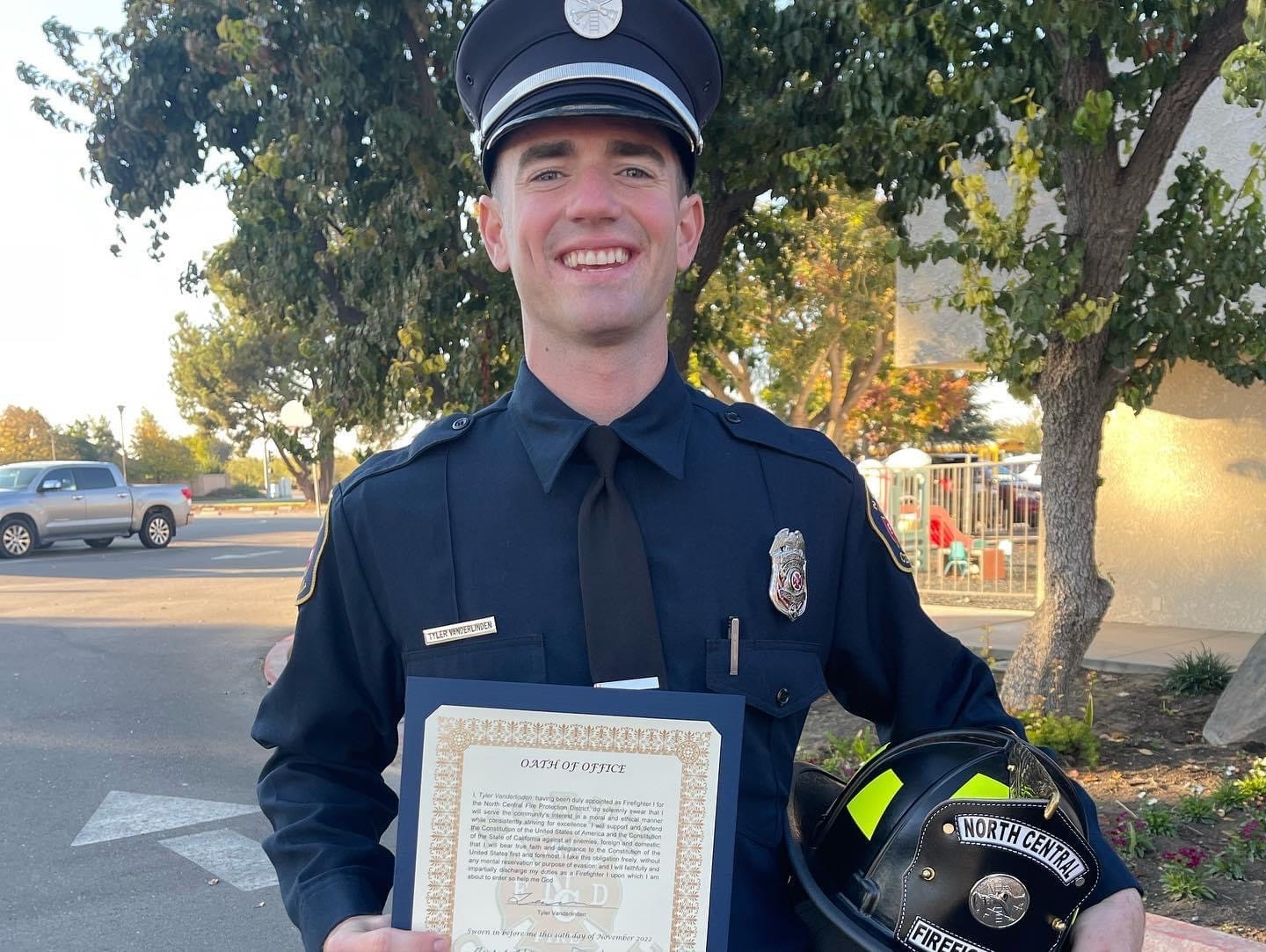 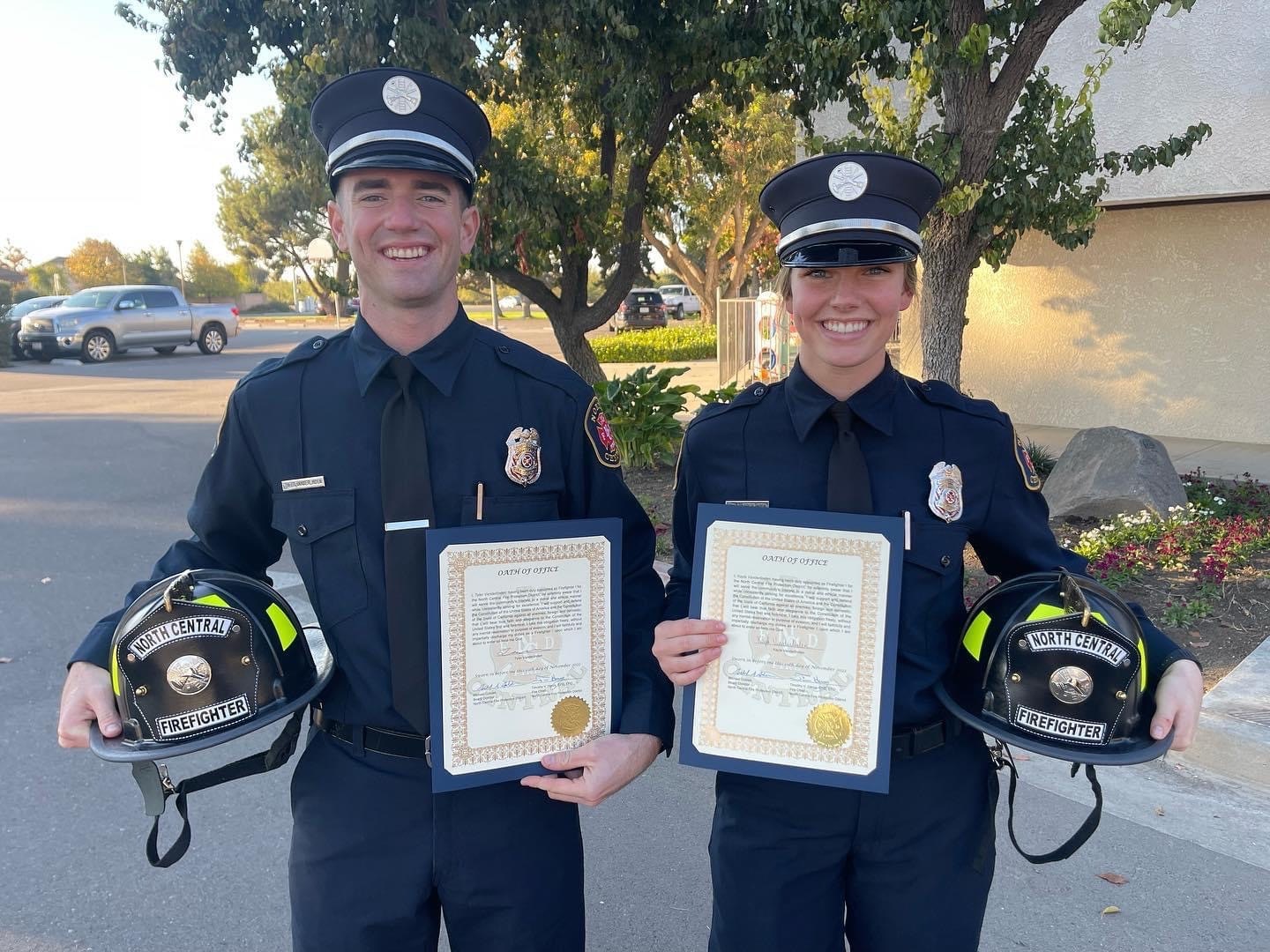 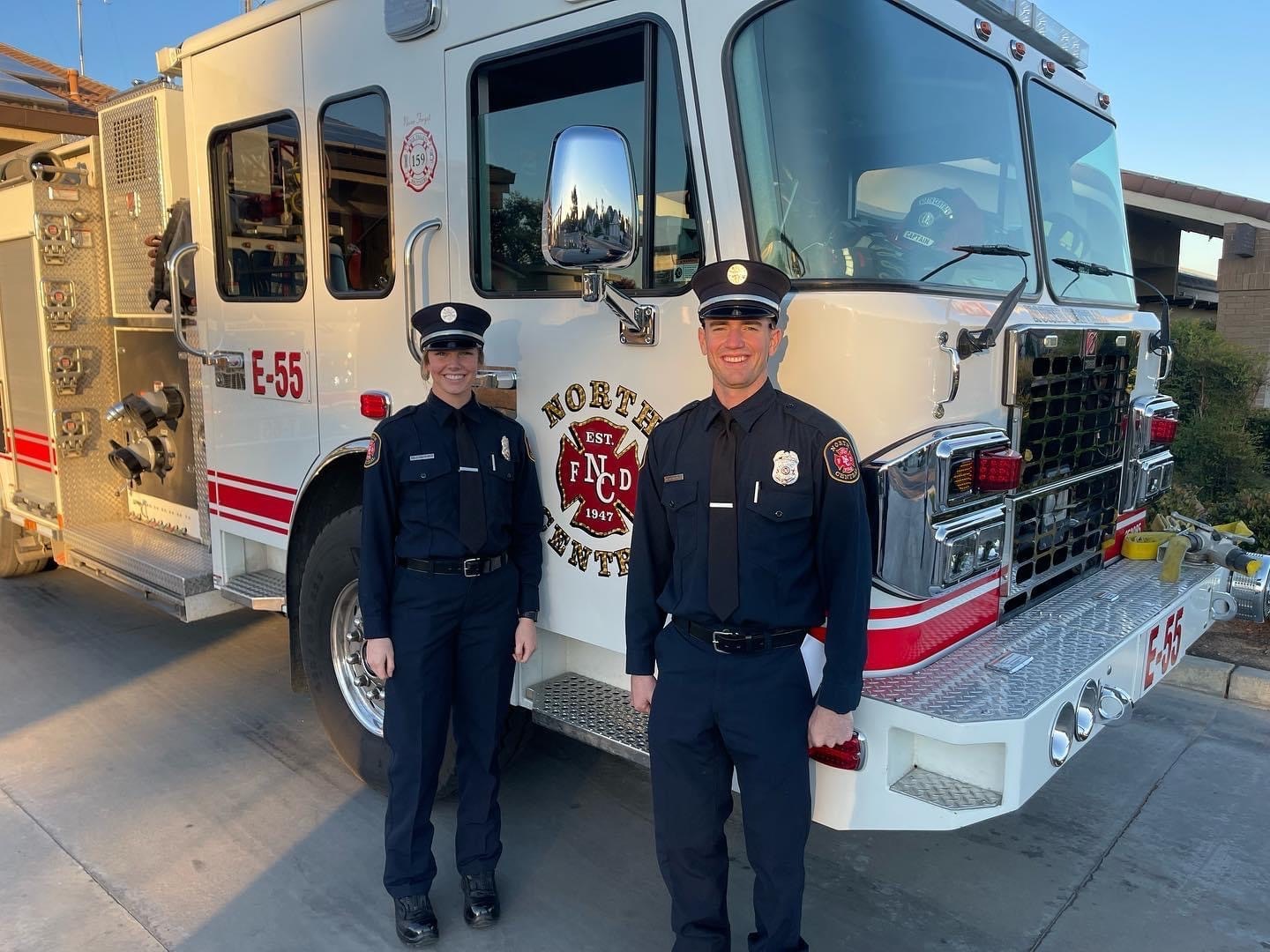 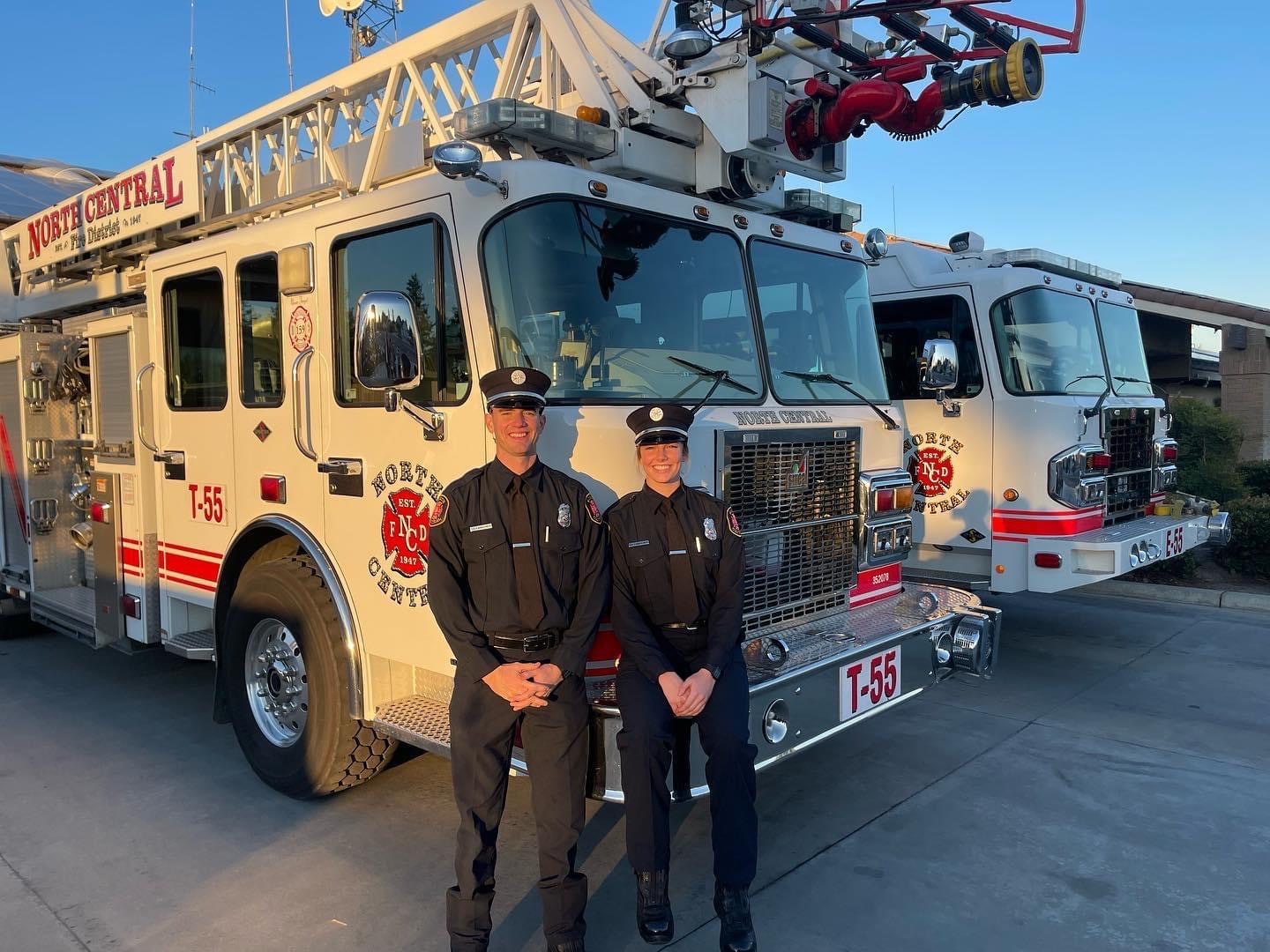 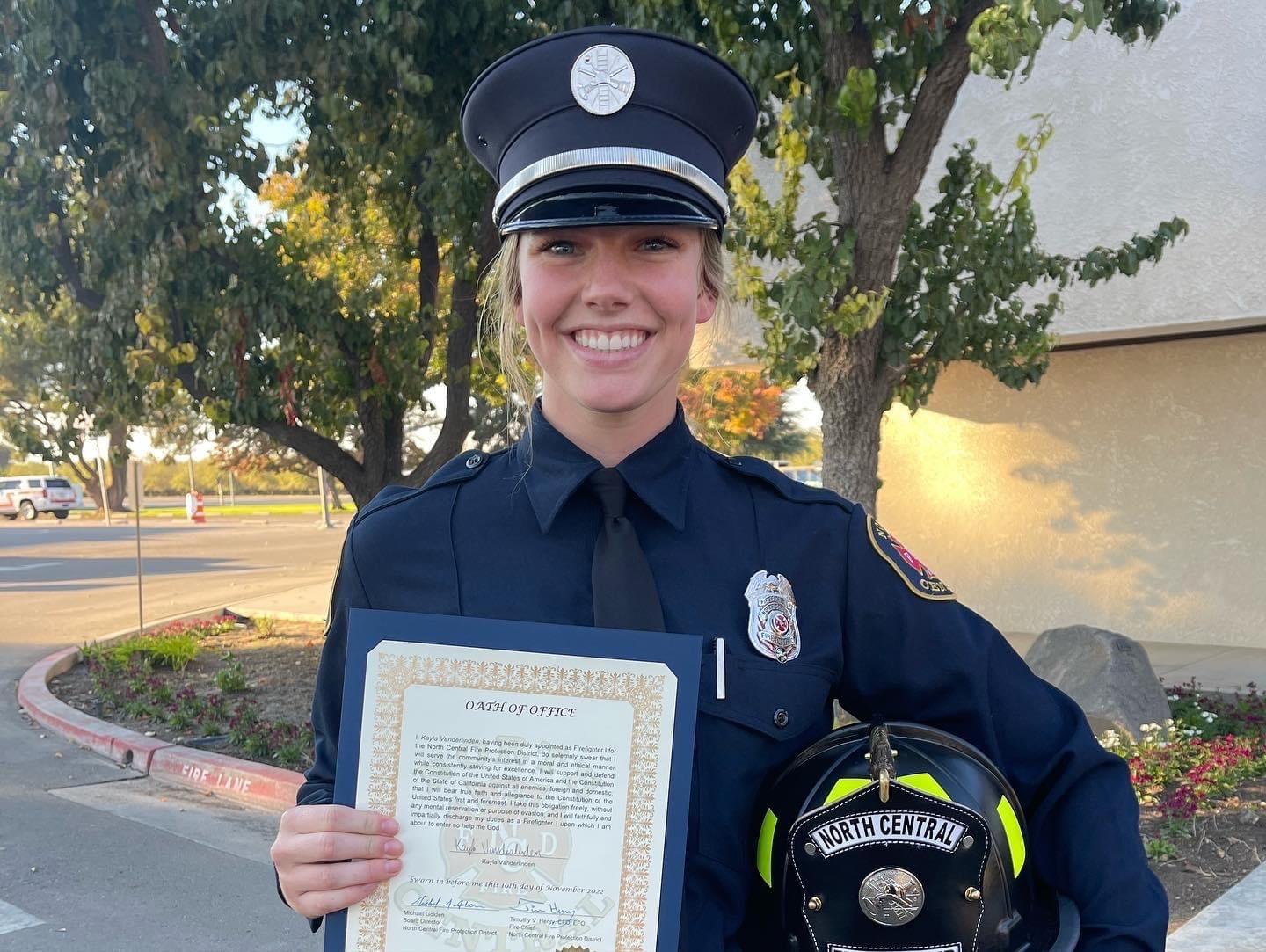 I was born and raised in Fresno, CA. I attended Fresno Christian High School. After graduating I enlisted in the United States Army where I served for 7 ½ years as a motor transport operator supporting the infantry. In 2009, I was able to serve a year in Kunar Province, Afghanistan. It was an honor to serve our country with my fellow soldiers, an experience that I will always have with me. After being honorably discharged from the Army I began a career with my family’s construction company. I was employed for 12 years as an electrician with Catron Contracting, specializing in home remodels and job site management. I ultimately decided a career in the fire service was my ultimate goal. I missed a career serving my community and the camaraderie that came with being in the Army. I look forward to being a part of the fire family. I took the leap of faith and followed my dream. I’m married to my wife Emily and we have 4 children. We are actively involved at our church and attend life group together every other week. My hobbies include spending time with my family, taking our boat to the lake, and sprint car racing.

I was born and raised in Sanger, and graduated from Sanger High School. I went into the U.S. Army out of high school as a Combat Engineer for 6 years. After the Army I became an EMT for 6 years for a casino and racetrack in New Castle County, Delaware. I also worked as a part time EMT for a Delaware fire department for 3 years. I decided to come back to the Fresno area after the unfortunate passing of my wife of 8 years. Some of my hobbies include hiking, camping, and video games. The North Central Fire District stood out to me because my father is a retired North Central firefighter of 30 years. I remember growing up the culture of North Central was very family oriented and everyone helped each other when they could. As well as helping the community and being in community events as much as possible. That same culture I experienced and enjoyed during my time in the Army and as an EMT. I also enjoyed serving a small tight knit community similar to Kerman and Biola during my time in Delaware. On the new beginnings of North Central it gave me excitement since I wanted to work for North Central when I was about 12 years old.

I grew up on the central coast but I spent my summers working on my family’s farm in Kerman.  Wanting to be closer to my family and be a part of a tight knit community is what inspired me to want to work at North Central Fire Protection District.  As well as my great grandfather being a volunteer firefighter for the department in the 1950s.  Growing up I played football as well as threw shot put and discus. I have worked my way to becoming a firefighter by becoming an Eagle Scout as well as going to California Polytechnic State University and majoring in forestry with a concentration in wildland fire.  Some of my hobbies are hiking, fishing and being outdoors.  I look forward to being a part of this community.

I am 27 years old and I was born and raised in Clovis with my two brothers and my sister and am still currently living there. Some of my hobbies include hiking, camping, and overall spending time with friends, family and my German shepherd named Bailey. I graduated from Clovis North High School in 2014, from there I knew I wanted to give my service to others so I decided to pursue a criminology degree at Clovis Community College. A few semesters in I knew serving my community that way wasn't for me. Having family in the fire service I asked for a station visit and fell in love with the culture and knew I wanted to pursue this career immediately. The reason I chose to be part of the fire service was because I get to protect and not only serve but be part of the community and make a difference on someone's worst day. Ever since I was young, I have always loved being part of a team in multiple sports as well as a passion to help others which naturally led me here. I am excited to be part of the team.

I am 20 years old, and I grew up in Southern California. We moved to Clovis when I was 10 years old and I’ve been here ever since. I have my mom, my dad, my older brother Tyler, and my younger brother Zachary. I went to Fresno Christian High School and graduated in 2020. While I was there, I played 4 different sports including volleyball, basketball, soccer, and softball. I was also involved in student leadership and a women’s singing ensemble. After high school, I started taking college courses, but I didn’t know exactly what career path I wanted to go down. I’ve never had very many hobbies, my favorite thing to do is hang out with people. I’ve always been active in my church, The Well, going to camps and retreats. I love sharing a smile and making someone’s day happier. When my brother Tyler started thinking he wanted to get into the fire service, I started considering it myself. We eventually both went all in. We took our EMT class through Alert Medical together and I got a job with American Ambulance. After that, we were part of Class 57 at Fresno City College’s Fire Academy together. I'm so blessed to have gotten this far, and can't wait for what's in store next.

I am 23 years old.  I’ve lived in Clovis since the start of high school and enjoy living here in the Central Valley.  My hobbies include golfing and watching sports with family and friends.  I enjoy being around animals and love being around my dog, Ozzie.  I want to be able to learn and grow my fire experience and make a direct impact on where I live.

I am a husband, a father and now a firefighter. All of which are new blessings to my life. I was a jeweler for over a decade and when I found that I was meant for more and in the pursuit of a new career is when I became a father to my son Jedidiah. In 1892 my family started their origin story when coming to this country and farming here in the community of Kerman. After a long line of generational farming, I am going to start a new origin here in the community of Kerman that I am proud to now be a part of as a firefighter for the North Central Fire Protection District. I am a recent graduate out of the Fresno City College Fire academy and am currently pursuing a degree in Fire Science Technology. I enjoy doing volunteer work for the Alisa Ann Ruch burn foundation in the prevention and awareness as it helps me come full circle in my new and lifelong career. I not only want to be a part of a team that helps in a time of need but also being a part of a team that helps after a horrific event in someone’s life. 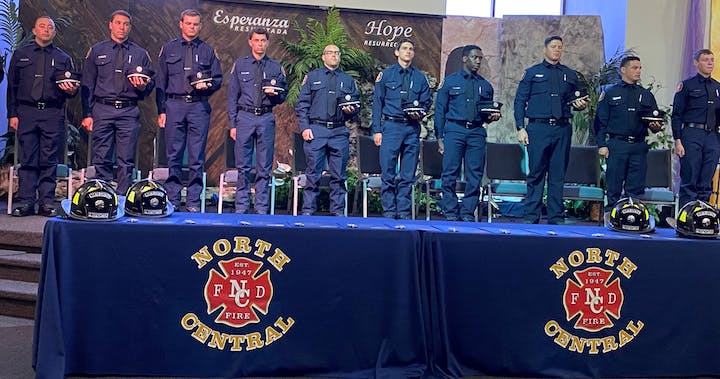